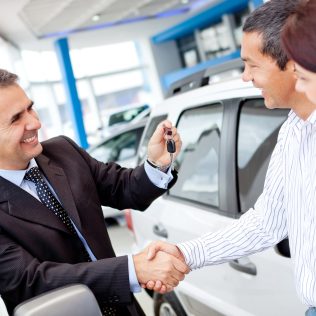 East Coast Car Rentals > Latest News > Why do you need to declare an extra driver?

Why do you need to declare an extra driver?

Whether you are organising a car hire in Melbourne, Sydney or anywhere in between, it is important to ensure you provide the rental car company with the details of anyone who will be getting behind the wheel.

This is important as allowing an unauthorised driver can invalidate the contract you have made with the car rental company.

The contract is between the rental company and the driver nominated, so if anyone else is found driving they are not covered by the terms and conditions of the agreement and therefore may face major penalties.

Once the rental contract is signed, the driver’s details are taken by the rental car company who then have a record and are aware of any conditions surrounding the car hire, such as the areas that are off limits and what the car can and cannot be used for.

When you hire a car in Adelaide or any other area of Australia, you will need to provide your driver’s licence, and it is important to show you have held a full licence for the appropriate length of time and have the right specifications for the class of vehicle you are hiring.

Any breach of a contract with a rental company will mean your insurance company does not need to fork out for any damages, leaving you to foot the bill if the car is involved in an accident.

Young drivers carry a higher risk of damaging hire cars, so anyone between 21 and 25 wishing to hire a car will face a youth surcharge fee. Don’t try and escape this cost or circumvent the rules as there are huge risks involved.

In fact, one example of this happened recently in Queensland when a German man and his daughter arrived in Brisbane for a holiday. They picked up their rental car from the airport, which was listed under the father’s name.

The 18 year old daughter was not nominated as an extra driver – and could not have been owing to her age – but was behind the wheel on the first day of their journey.

Unfortunately they were involved in an accident near Surfers Paradise.

As the daughter was driving, which meant the family were not covered by the conditions of the contract, they had to pay the entire cost of the repairs.

In order to prevent a breach of contract, drivers must be at least 21 years of age and need to be listed on the rental car agreement.