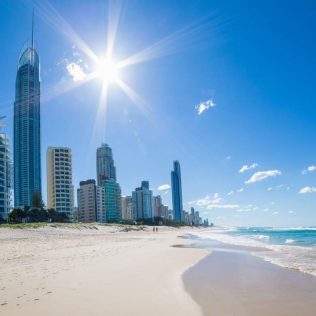 Which Gold Coast theme park should you choose?

July 5, 2016, chris Fun, Gold Coast
The Gold Coast is undoubtedly one of Australia’s top travel destinations. It attracts visitors from across the world, but just as importantly it provides a great place for Aussies from across the country to travel with their friends for a great, affordable holiday to one of the world’s top destinations. A big part of the region’s appeal is the incredibly wide variety of activities to do. If you’re into surfing, some of the best beaches across the globe can be found nearby, if shopping is your bag, look no further than the CBD for one of a kind boutiques and department stores galore. Of course, the undisputed highlight of the Gold Coast when it comes to tourism is the theme parks, which can be visited all year round thanks to the mild winters of the continent’s east coast. While these parks are something of a ‘must-visit’ for any holiday to the Gold Coast, it’s not always possible to stop in at them all. Choosing which ones to prioritise can be a difficult task, so we’ve compiled a handy guide for anyone travelling to the Sunshine State. Read on to learn more about four of the best theme parks on the Gold Coast, as well as the highlights of each one.

A photo posted by Dreamworld Australia (@dreamworldau) on

1. Dreamworld First opened to the public on December 15, 1981, Dreamworld is perhaps the most iconic of all Australia’s theme parks. Its attractions dominate the skyline and provide some of the most exhilarating and thrilling experiences imaginable. The park wouldn’t be what it is today without the famous Tower of Terror, first opened in 1997 and now emblematic of the entire Gold Coast roller coaster world. With a height of 118 metres, 160 km/hour speeds and an immense 6.5 seconds of weightlessness, the ride can’t be beat for pure, adrenaline-pumping joy. To make it even better, the tower was augmented with the Giant Drop in 1998, providing two world class attractions on a single frame.

A photo posted by @aussielee1 on

2. Whitewater World You can’t talk about Dreamworld without mentioning its ‘sister park’, Whitewater world. Owned by the same company and sharing a location, you can pick up a pass that will allow you access to both zones, providing a nice balance of thrilling rides and peaceful aquatic activities to get rid of some of the sweat. This is especially handy on some of the Gold Coast’s famously hot days where the temperature can easily reach as high as 28 degrees Celsius and above. There are attractions for all ages at Whitewater World, so if you’ve got under-5s who want to explore Wiggle Bay, there’s plenty to keep them occupied while you laze in the 2,685 square metre Cave of Waves. Both Whitewater World and Dreamworld are Alliance Partners of East Coast Car Rentals, so be on the lookout for deals and discounts.

A photo posted by Scott Imhoff (@scottyimhoff) on

3. Movie World Of course, you may be the type of person who can quote lines from famous films at the drop of the hat. Maybe that’s ‘Batman’ (why so serious?), or ‘Wild Wild West’ (now that’s a whuppin’), but no matter what type of movies you adore, there’s sure to be something at Warner Brothers’ Movie World that satisfies your cravings. The park has a great balance of activities for young and old alike, so you’ll be able to find to find something that’s perfect for you no matter if you’re travelling with friends or family. For little ones, the Looney Tunes characters are out in full force, but if you’re too cool for that , the Arkham Asylum thrill ride will definitely have you wishing for a peaceful chat with Bugs Bunny.

A photo posted by Wet’n’Wild Gold Coast (@wetnwildgc) on

4. Wet’n’Wild Similar to Whitewater World in some ways, Wet’n’Wild is a great place to cool down when the heat gets a bit too much and you can’t face the crowds at the beach. Of course, there’s far more to the park than that as it has some of the most exciting water-based rides you’re ever likely to come across. You’ll find fewer kids here, so you can focus on the serious business of waiting in line at the Extreme H2O zone. Once you’re in this area, delights abound in the form of rides like the Mach 5, Blackhole and Tornado. You’ll want to give all of them a go – multiple times of course – to make the most of your time at Wet’n’Wild and of the cool (or in some seasons heated) water. If you’re interested in visiting some, or all, of these theme parks, you actually don’t have to come from the Gold Coast to do so, the locations are only an hours drive from Brisbane. All you have to do is grab a car, grab your mates and hit the road for an adventure you’ll never forget. For more information on renting a car for a trip to the Gold Coast, get in touch with East Coast Car Rentals today.