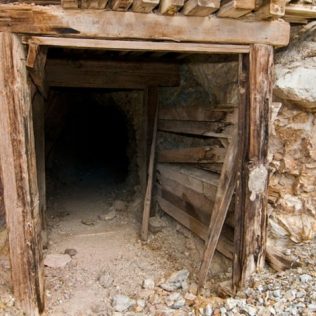 Travelling the open highways of Australia in an East Coast Car Rentals hire vehicle can be a hugely liberating, exciting experience, but all of that motoring around can make you weary. You’ll need somewhere to lie your sleepy head each evening, but why not take a break from the norm? Here are three offbeat places to spend an evening throughout New South Wales.

The Hatters Hideout is found under the looming shadows of the Blue Mountains deep in the forests of the Wollemi National Park. Though not completely underground, the yawning opening to this cave welcomes those with a sense of adventure. This cave is meant as an exciting bushland retreat, using minimal construction and sparse facilities so that the natural beauty of the stone is left intact, as it was for generations before, and for generations future. The Rent-A-Cave isn’t totally bereft of amenities, as you may expect of a cave – you’ll find basic provisions designed to bring out your inner caveman. An open fire with a supply of wood is provided, alongside a gas barbecue, candles, an ice box, tables and chairs. The lights are solar powered, so you’ll be able to read, write and cook. The only water that you’ll find comes by a tap and it’s pure rainwater, unheated – perfect for cooking and washing up, but perhaps not scrubbing your face!

From the outside, the Palace Hotel doesn’t look like anything out of the ordinary. It’s once you enter the nondescript front doors that you realise you are onto something completely different. Abandoned many moons ago, the Palace Hotel was left to rot, before a consortium of locals put a bit of money behind it and the former derelict is now fully regenerated. Almost every wall inside the Hotel is adorned by murals, painted by the hand of a wandering Aborigine who had no money for rent – allegedly. What is true is that the interior of the Palace Hotel must truly be seen to be believed. You’ll see Rennaissance-inspired brushstrokes and futuristic Australian landscape murals, each surface telling a different story. There’s accommodation to suit any budget, too, from deluxe ensuites to those in the style of a classic Australian B&B, all they way down to budget backpacker digs. There aren’t many more places in Australia with more character or history than the Palace Hotel.

This is a strange one – a complex of human-sized tubes in the form of a labyrinthine rabbit warren that snakes for underneath the Strzelecki Desert. Once underground, you’ll be escorted through the maze of tunnels that make up the motel. Built almost entirely from hands wielding jackhammers, the Underground Motel is continually expanding as workers burrow further underground, the scorched desert above a cool few feet away. Every room in the Underground Motel is different to the last, so taking a saunter through the winding corridors is an adventure in itself. In its entirety, the Underground Motel stretches the size and length of a football pitch. What makes the establishment so cosy is knowing that, above ground, a hostile environment awaits. With temperatures ranging from a fiery 50 degrees or an icy minus figure, you’ll feel safe, secure and protected sleeping in ‘the womb of the Earth.’ Because minimal sound and no light pollution can reach through the ground, guest have spoken of enjoying their most peaceful, tranquil sleep ever. You’re not completely cut off from the world, though – the internet and satellite TV are provided – which may come as a disappointment to some!