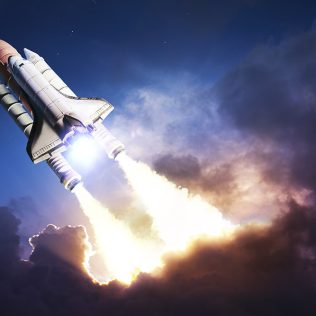 The weird and wonderful of hidden Australia: Outer space edition

June 19, 2015, chris Melbourne
Welcome back to East Coast Car Rental’s ‘weird and wonderful’ series! We have looked at prehistoric wonders such as dinosaur footprints in Queensland and national parks with rocks from the Ice Age, so now it’s time to cast our eyes away from the past on earth and into the past of the skies. World’s biggest asteroid crater, Warburton Basin This year, scientists have discovered the world’s largest asteroid crater, located on the border of New South Wales and South Australia. It is an impressive 400 kilometres wide! They believe this asteroid made impact with the planet some 300 million years ago. There are two ‘twin scars’ marked across the earth from this impact, leading scientists to believe the asteroid split in two before smashing into the ground. All these years, these scars were hidden three kilometres underground, and it was only in 2010 that the first scar was found in the Eastern Warburton Basin. Now, five years later, the twin further west has been unearthed. Australian Geographic reports that there are another 32 recognised impact craters dotted throughout the country, making an epic road trip to visit all these sites a truly enticing journey for space lovers.

Potential UFO sightings, Victoria Just last year, a bizarre, eerie oval shape formed in the skies above Wonthaggi in Victoria. Strangely, a rainbow was seen at one end of what many believed is the residue of a UFO that flew across the state. Some scientists have discredited this theory, arguing that it is simply a natural phenomenon called a fallstreak cloud. But this doesn’t change the fact that UFO sightings have been regularly reported in this state. In fact, Only Melbourne claims “we receive UFO sightings at the rate of one a week”.

Just got this sent in from Geocaching Melbourne. Did you see the weird rainbow thing in the sky over Wonthaggi? pic.twitter.com/RGWLAUJpwM

Over the years, multiple news stories have reported UFO sightings in Melbourne, some even displaying alleged photographic evidence to support their claims. In September 2014, the Herald Sun published an article about a UFO sighting over Carnegie, Melbourne. Toni Koromilas, a local resident, filmed the spectacle. “Someone said it could be a helicopter but it’s not moving, it’s been there for an hour now. We could be way off track, it could just be a plane, but it’s bizarre … It looked like it had a dark square main body with no lights on it but with around 4-6 colourful arms, reminded me of an octopus,” said Mr Koromilas. Hire a car in Melbourne and take your chances at the average of one-a-week UFO sightings!