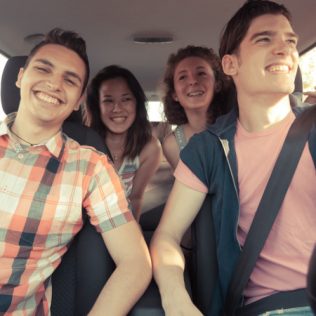 The best way to get to Splendour in the Grass

April 19, 2016, chris Brisbane, Car hire tips and advice
It’s that time of year again. The lineup is out. The tickets are on sale this month. Splendour in the Grass is here for 2016 and Australia’s biggest music festival is shaping up to have one of the best shows in its 15-year life span. What’s the best way to get there, I hear you ask. The answer, as always, is simple. Rent a car and road trip! In a nutshell For the uninitiated, Splendour in the Grass is Australia’s premier celebration of all things to do with the performing arts, although the focus is usually on the headlining bands who are often some of the biggest in the world. The pulling power of the festival is such that this year the headliners are The Strokes (playing their only Australian show) and The Cure, two of the most popular and influential acts of the last few decades. In fact, Splendour is so highly regarded that it was recently ranked by Timeout as one of the top 50 music festivals in the world, beating out some stiff competition both locally and internationally. Sign me up! How do I get there? Splendour takes place just outside of beautiful Byron Bay at the 660-acre North Byron Parklands. It’s the perfect location for a music festival, but there’s one problem… the closest airport is half an hour away, and that’s in the small town of Ballina. Ballina may be home to the world’s largest prawn, but it’s not the most ideal transit point if you’re travelling to the festival from the other side of the country, or even overseas.

A photo posted by Splendour in the Grass (@splendourinthegrass) on

Brisbane baby! The closest major city to the festival just happens to be one of the coolest places in Australia, and a great place to start a road trip with your buddies. With a playlist of the best bands that are going to be playing, renting a car in Brisbane and driving the roughly two hours down to Byron Bay with your mates is the perfect way to get in the mood for the festival. Once you’re there There are also benefits to hiring a car once you’re actually at the festival. For starters, the Parklands aren’t accessible on foot, so if you want to leave or come back from town you’ll be restricted to public transport. There’s also a strong emphasis on car-pooling at Splendour this year, and if you bring a group of friends in one car, you can get a refund of your car pass fee. What’s not to love? You’d better get onto it though, because the event sells out quickly and you’ll want to make sure you don’t miss out on a ticket or a rental car!