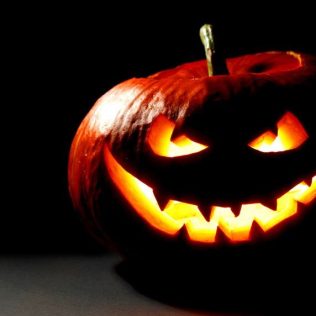 The best Halloween events in Australia

You know, Halloween might not be as big in Australia as it is in other countries, but this year, we want to have some fun with it! All across Australia, there are a plethora of events cropping up to celebrate the spook-tacular holiday. Did you just cringe a little? Yes, that adjective was a little corny, but hey, that’s how you get into the spirit of things, right?

And besides, now that we have your full attention, we can tell you about all the fun things going on in Australia that you should make your way to and check out. Halloween after all is a good a time as ever to embark on a road trip in your trusty rental van! We also have a recommendation or two for some unique costume ideas as well, because you’re not doing this holiday right if you don’t dress up!

Don’t be frightened now – but enter if you dare.

Oh yes – after last year’s event sold out, you better believe Hallowscream is on again this year. Head out to Luna Park where you can run screaming through a themed abandoned fair full of frights. Once you enter through the glowing mouth of a giant ghoul there is not looking back. The real questions asks, will you make it through the Fortress of Fear, or would you rather try your luck on the trick-or-treating trail? Be sure to dress up, or face the wrath of creepy, undead street performers.

Australia has some pretty scary history of its own.

You know, you don’t necessarily have to go looking for good Halloween events – Australia has some pretty scary history of its own. In fact, it’s well known for its history of being founded as a colony for convicts. Port Arthur, Tasmania is famous for housing the worst of the worst since it was well isolated from the mainland. Today, residents still talk about how they are haunted by the grizzly past of broken criminals. It’s well worth the ghost tour, if you’re not too afraid.

Don’t miss out on Melbourne’s biggest Halloween bash. Everyone’s going! When you roll up to the Colonial Hotel, you might not recognise it as it has been completely transformed for a night of fright. It has all the classic elements that a good Halloween party should have. We’re talking bobbing for apples, fortune readings, scary magic shows, drinkable potions and of course, live entertainment. But it’s not all fun and games – you certainly have to keep your wits about you with this crowd. Don’t show up without a costume or you’ll be eaten alive!

Every year is a struggle to come up with something unique, a costume that makes people wish they’d thought of it. But that’s usually much easier said than done. Well, don’t let your lack of Halloween creativity keep you in, and alternatively, don’t be that guy that shows up to the party with a T-shirt that reads, “This is my costume,” no one likes that guy. Instead, check out a couple of our ideas. And don’t forget, sometimes it’s not about originality, rather it’s about the creativity!

Need help getting from pumpkin patch to pumpkin patch? Or rather, party to party? Just head to East Coast Car Rentals for a quick transaction with one of or friendly associates. Don’t worry, they aren’t going to play any tricks on you – getting hooked up with a roomy rental van is really this easy!