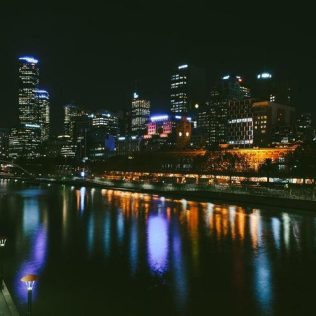 Sydney vs. Melbourne: Which city suits my style?

April 17, 2018, East Coast Car Rentals Melbourne, Sydney
Sydney and Melbourne each have different vibes and a lot to offer locals and visitors alike. Depending on your personal preference, one city is bound to stand out as an unmissable urban experience that’s worth hiring a car in to spend a few days exploring. Climate When it comes to climate, Sydney will attract the sun worshippers while Melbourne will beckon those who like to be surprised. If you love heat and humidity, Sydney’s summer months will warm the cockles of your heart, or maybe just leave your skin with a pinkish tinge. Sydney’s annual maximum temperature was the second warmest on record, while rainfall was below average according to the Australian Bureau of Meteorology’s 2017 national and regional climate highlights. During Sydney’s winter months from June to August, temperatures are mild only falling between 8.8 – 17°C, with rainfall at its highest in June.

A post shared by Stephen – Melbourne, Australia (@kaleidofocus) on

Summer in Melbourne can also be scorching hot, although it can come during any month, at any time of day. Experiencing four seasons in one day in Australia’s cultural capital is a common occurrence, and it’s unlikely that you’ll be bored by predictable weather patterns. Winter in Melbourne is often compared to that of London, and temperatures tend to be cooler than Sydney, averaging from 6.5 – 14.2°C. Nightlife Sydney’s Kings Cross has something for everyone, including rowdy live gigs, techno music, drag shows and elegant jazz clubs. Stroll down Darlinghurst Road and onto William Street where you can check out the Kings Cross Hotel, which features an atmospheric Bordello room, renowned DJs, live bands and a rooftop bar. For a sophisticated cocktail and harbour views head to Darling Harbour, darling. This area also offers a plethora of clubs and live venues for you to dance the night away. Other renowned nightlife spots in Sydney include Newtown for its live music scene and Surrey Hills for relaxed beer gardens and wine bars.

A post shared by Kings Cross Hotel (@kxhotel) on

Melbourne’s nightlife offerings are as varied as Sydney’s. However Melbourne’s infamous laneways do offer a unique and colourful maze of twists and turns that lead to seemingly hidden drinking and dancing options. Discover Whitehart container bar, which is sought after for its cocktails, craft beers and rotating on-site food trucks. Unlike Sydney, which implemented controversial lockout laws in 2014, revellers in Melbourne can party all night and get the tram home in the morning. Beaches For a day at one of Sydney’s beaches, hire a rental car, pack your towels and hit the road. You won’t have to drive far from the CBD to enjoy some of the world’s most raved about beaches such as Manly, Bondi and Coogee. For a more secluded swimming experience, try Nielsen Park’s Shark Beach which adjoins a national park and is excellent for snorkelling and picnicking. Another calm beach perfect for relaxation and family fun, is Balmoral on the north shore’s Middle Harbor. Picturesque views of yachts and catamarans from the shore will lull you into reverie.

A post shared by Bondi Beach, Sydney (@bondibeach) on

Melbourne has a few charming beaches of its own, most notably Brighton’s Dendy Street Beach, lined with the iconic bathing boxes atop vast stretches of golden sand. Then, of course, there’s St Kilda Beach with its long esplanade on which rollerbladers and cyclists whizz past enjoying views of kite surfers atop turquoise waters. Cuisine  A healthy/unhealthy rivalry (depending on your fare of choice) has developed between the two cities when it comes to the reigning culinary capital. Melbourne eateries were awarded more hats than Sydney restaurants in the Age Good Food Guide 2017, and the guide’s editor Roslyn Grundy, believes this was because Victorian restaurants were holding themselves to a higher standard. “Melbourne restaurants strive to compete on an international scale – they’re much more concerned about where they sit on the world stage than how they compare against, say, a Sydney restaurant,” she said. In Melbourne and Sydney, the growing vegan and raw food scenes are also attracting a new generation of conscious consumers. For Asian inspired fare, Melbourne leads the way with an abundance of both authentic and fusion restaurants. When it comes to North American and European cuisine, however, Sydney has more dining options. Landmarks It’s not possible to skip over the Sydney Opera House, Australia’s most renowned feat of architectural brilliance, which attracts over eight million visitors every year. Sydney also boasts the Harbour Bridge, the elaborate facade of the NSW art gallery, Sydney Tower Eye, the Sydney Aquarium, Government House and the Darling Harbour precinct.

Melbourne is also home to many notable landmarks including one of Australia’s largest and most popular performing arts venues, the Arts Centre Melbourne. The city also tends to attract sports enthusiasts with the award-winning AAMI park, which features an eye-catching Bioframe design with a geodesic dome roof. Both cities have a multitude of attractions and hopefully this has helped you figure out which might best suit your style! Hire one of our stylish vehicles from Sydney or Melbourne central and discover everything that your city of choice has to offer.