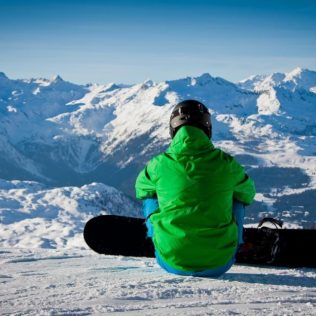 Happening around Australia in… June

As the magic of winter rolls around and the wind cools with a refreshing crispness, the range of activities around Australia respond to the wintry climate. ‘Tis the season for skiing down the slopes, happy laughter as snow-balls swish and slide during family snow fights, and whale watching.

June is the start of the winter season, so grab your car keys, jump into your East Coast Car Rentals hired car, rev up your engines and wander through a wondrous winter!

The magical feeling of frolicking inside a real-life snow globe can be achieved in several lovely ski resorts throughout the country. Most places open for snow adventures in June, and although the ski season typically lasts until early October, those wishing to be the very first on the slopes should begin planning their trips now.

So, where are some great spots to get your groovy ski goggles on? Well, Mount Buller is the closest ski resort to an international airport in Australia, and therefore people hiring a vehicle from Melbourne airport can easily head on over to the mountain ranges.

The Mount Buller Alpine Village boasts a vast array of restaurants and cafes, so you can warm up with some delicious coffee before hitting the slopes. Once you reach the pinnacle of the snow-capped mountain, there is a spectrum of sports to try, ranging from snowshoeing, snowboarding, skiing and tobogganning.

If you’re pressed for time, some places can be visited in a single day-trip from Melbourne if you wake up early, such as Mount Donna Buang and Mount Baw Baw.

For those of you hiring a car in Sydney, there are two snowy destinations to choose from. The slopes of Thredbo and Perisher Blue both offer potential for some action-packed sports as well as laid-back family leisure time, getting lost in the joys of making a snowman or two.

Do you want to build a snowman?

With the Disney film ‘Frozen’ being a global phenomenon lately, the kids will be sure to love building their own snowmen, perhaps even singing along to the catchy tunes as they do. Be sure to pack some orange carrots in the car on your trip to use as his nose, and perhaps even find an old hat and some coat buttons lying around the house to take with you so you can really bring your snowman to life!

Tourists travelling with young children can purchase such items from an op shop, and stop by a grocery store for the carrots. Sometimes it is the small things that can really help make a family trip spectacular, and the kids will be sure to reflect fondly on the happy squeals in the snow during such winter family holidays.

Looking for ways to keep the kids occupied on the long drive over? These road trip games can come to your rescue, so that even the journey is as enjoyable as the destination.

There are few experiences in life more mesmerising than seeing a whale surface from the deep ocean, breaching the waves with an elegance and grace akin to a dancer. Seeing them lobtail is a chance to witness their sheer power first hand, watching the huge tail splash the ocean water.

The migration route of the Australian east coast humpback whale is tremendously close to Byron Bay’s Cape Byron. Luckily, Byron Bay itself is only a short 60 minute drive from Gold Coast airport, so hiring a car and making your way from there is easy-breezy. If you are based in Brisbane, it still isn’t too far; you can drive to Byron Bay within two hours.

The beauty of whale watching from this particular bay is its close proximity to the mammals, meaning that most trips out on the water will enable passengers to see not only one or two but several whales. June is the start of the migration season, and so is an excellent time to visit.

The best part is that ocean lovers can delight over a multitude of sealife in the Cape Byron Marine Park, including dolphins, turtles and many oceanic birds. Often the dolphins will glide in the spray behind the boat, jumping and twirling in the air, which is an amazing sight in its own right.

As you can see, the winter months have a lot to offer. Once you have parked the car, returning to the warmth of the indoors after a phenomenal day outdoors in the snow or on the ocean, you can snuggle up with your loved ones and reminisce about the wonders of the winter day over a cup of hot chocolate or warm mulled wine!