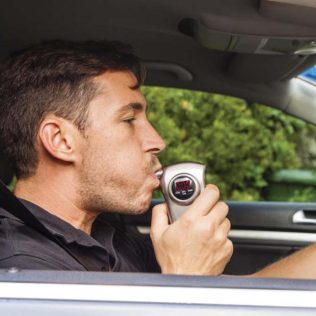 Drink driving laws that every tourist in Australia should know

Taking a few weeks off work, setting out in a hire vehicle from East Coast Car Rentals and heading onto the wide-open, empty Australian highways for an extended road trip is one of life’s greatest pleasures. All that unspoiled scenery, range of things to see and do and the endless possibilities of the road mean that your break is bound to be memorable – but make sure that it is for the right reasons.

All too often, tourists cross over the Australian border with not the faintest idea of the nation’s stringent drink driving laws. More often than not, they may believe that the laws are the same as they are in their country, which may be more lax than the rules Down Under.

We at East Coast Car Rentals want you to have the time on your life as you travel Australia, so it’s worth a moment of your time making sure you know the law. Exceeding the drink drive limit holds serious repercussions, including fines, prison sentences, a criminal record – and worse.

What is Australia’s drink-drive limit?

Australia’s drink-drive limit is 0.05 per cent blood alcohol concentration (BAC). Australia’s near-neighbours, New Zealand, recently lowered the limit for drivers aged above 20 to 0.05 from 0.08 percent, bringing the two countries into line. Though many believe that the limit should be set at zero, as it is in countries such as Brazil, Colombia and Pakistan, some visitors to Australia may hail from nations where, staggeringly, there is no drink-driving law.

That’s right. Drivers in Angola, Comoros, the Democratic Republic of Congo, Ethiopia, Indonesia or Vietnam can drink as much alcohol as they like before getting behind the wheel, with no legal repercussions. With no consistent drink driving rules across the Earth, no wonder tourists to our country are confused as to what their restrictions are.

The only way to be certain – no drinking at all

Of course, the safest advice that we can give to those intrepid travellers from overseas is that alcohol should not be touched at all if they plan on getting behind the wheel, as it’s the only surefire way to be completely certain.

One of the reason why it can be difficult to understand precisely when the Australian limit of 0.05 per cent BAC is reached is because it can alter depending upon the size and gender of the person partaking in a drink. A large, 100-kilogram male can feasibly have three drinks before touching the limit, whereas a petite female will breach it after a small glass of wine. Additionally, food consumed (or not consumed) can also affect BAC.

Be safe and be happy, and don’t drink a drop before starting the engine. This way, your holiday will be memorable for the scenery of the Great Ocean Road, rather than the bars of a prison cell.