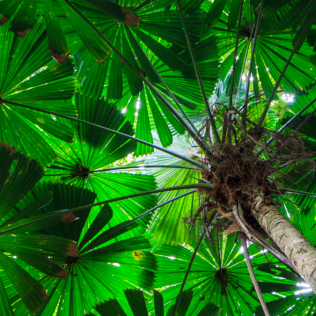 November 20, 2017, East Coast Car Rentals Cairns
Bigger is always better. Just ask anyone who’s ever accidentally ordered “sliders” at a restaurant – these miniature burgers just leave you hungry and craving a regular, big burger. If you’ve just ordered sliders, and are mad that they’re just small, pointless burgers, get your big fix by checking out these big things around Cairns. Once you’ve done that, you can pick up a rental car in Cairns and go see them for real! Big peanut If you’re allergic to peanuts, you’ll want to stay away from this one. From the outside, The Peanut Place, a Queensland store that sells locally grown peanuts, is a giant specimen with a goofy face.

A post shared by Hanah and Zoe (@hanahandzoe) on

While clearly designed to delight children and adults alike, something about this giant peanut’s eyes tells us it’s been the progenitor of many a child’s recurring nightmares. Big crab Found in Cardwell, this giant crab sits atop Cardwell Seaview Deli Cafe, an establishment that reportedly has the best mud crab sandwiches ever. The veracity of this claim we cannot confirm – but you can find out when you visit!

A post shared by Jessyka Rose woodhouse (@jessykarosewoodhouse) on

Big gumboot The big gold gumboot is found in the town of Tully. It commemorates the contest the town has with nearby Babinda for the title of “wettest town in Australia”. Each year, these two receive an absolutely bonkers amount of rainfall and whoever gets the most is awarded a golden gumboot.

Tully holds the record for most rainfall in a year – 7.9 metres in 1950 – but Babinda seems to be getting lucky with more rainfall in recent times. Time will tell whether it can topple Tully’s title. Big Captain Cook Captain Cook is the good bloke that first made European contact with the east coast of Australia. As such, he’s a well-renowned figure – so much so that there’s a giant statue of him on Sheridan St in Cairns.

Fun fact – It was originally built in 1972 as a promotional statue for the now demolished Captain Cook Motel. Big marlin Standing at an impressive eight metres tall. the big Marlin certainly catches the eye. Why a big marlin? It’s because the nearby oceanside is known as the “Marlin Coast”, where, you guessed it, you can catch a lot of large marlin.

It’s home is the middle of the Stockland Cairns Shopping Centre car park. There you have it – five big things to find around Cairns. So what are you waiting for? Book your car hire in Cairns and get looking!