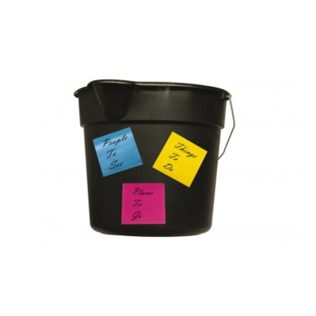 4 Places in New Zealand To Add To Your Bucket List

What are your bucket list destinations? For many, New Zealand is an essential item. Yet despite being a fraction of the size of the UK or US population-wise, New Zealand contains multitudes of individual locations that could be must-sees.

We’re here to help you pick your favourites – and get there in style.

J.R.R. Tolkien is one of the most original authors the world has ever known and authored the much-beloved and critically acclaimed “Lord of the Rings” trilogy. The visionary’s words came to life in the major motion picture directed by Peter Jackson and starring Elijah Wood as Frodo Baggins and Sir Ian McKellen  as the wizard Gandalf.

One of the trilogy’s most popular filming locations, Hobbiton, is located in Matamata on Buckland Road and is one of the most popular attractions in all of New Zealand. Enter the circular doors of Bag End. Comb the lush farmland that’s available to tourists. It’s Middle Earth at its finest. Be sure to book early; openings fill up fast.

You can find perhaps the best representation of the country’s luxurious landscape at the Tongariro Alpine Crossing on the North Island.

At 19.4 kilometres in length, this journey lasts most of the day and will have you grabbing for your water bottle, as the rocky terrain is pretty intense in certain parts. You’ll need it to catch your breath, not only because it’s tiring, but also because the scenery is breathtaking, particularly Ketetahi Hot Springs and Te Maari.

Believed to be the whale capital of the world, Kaikoura is a veritable hub for these gargantuan mammals of the deep blue sea, and whale watches typically result in several sightings. Some of the species known to roam around these parts include giant sperm, humpback, beaked and pilot.

Whales are migratory species, of course, so the kinds you see depend on the season. Seals and dolphins peek up from time to time too, so have your camera or smartphone handy to snap a quick pic.

From the North Pole to the Northern Lights, what is it about the north that always seems to get the limelight? Whatever the reason, flip the script by seeing the stunningly beautiful Southern Lights. Otherwise known as the Aurora Australis, the Southern Lights are a stargazer’s delight, noted Ian Griffin, British Astronomer and director of the Otago Museum in Dunedin.

“New Zealand is a brilliant place for stargazing, because you actually see the aurora quite a lot in this part of the world,” Griffin told CNN Travel. “Over the past five years, I have seen it at least 200 times.”

Griffin added that it’s pretty easy to see Aurora Australis from pretty much anywhere on South Island, but some of the more noteworthy locations include Lake Tekapo, Stewart Island – where Rakiura National Park is located – and the Catlins.

Come to New Zealand for a wondrous journey unlike any other. To get to these bucket list localities, book your hire car at East Coast Car Rentals.