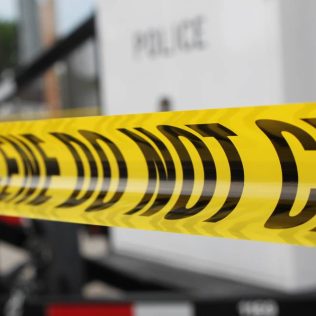 Wines to kill for in Cairns – Murdering Point Winery

Names such as Bordeaux, Napa Valley and Chablis conjure vivid images of exceptional wines with velvety textures and sensual aromas. Those names alone are enough to bring forth fond memories of enjoying a fine glass of deepest red by the fireside or appreciating a beautiful vintage taken with excellent food at a favourite restaurant. These brands are famous worldwide, but what of the wine label with a moniker that evokes less than romantic connotations? With a name like Murdering Point, you’d be forgiven for thinking that this exquisite corner of Cairns could be cordoned off by police, with human figures chalked into the ground and the local busybody suspecting the village gardener of foul play but, you’d be wrong, as it is home to one outstanding winery.

The area of Murdering Point does indeed foster a reputation, but not for homicide – it’s for the unique winery, just a 90-minute drive along a scenic, coastal drive from central Cairns. A small, family-owned venture that specialises in dry, sweet and fortified wines, Murdering Point Winery uses a diverse range exotic fruits, such as jaboticaba and black sapote, to create its product. Other fruits, such as lemon aspen and passion fruit are cultivated from the tropical rainforest that surrounds the establishment, their juices used to forge some of Murdering Point Winery’s signature bottles.

How Murdering Point got its foreboding name

It derives its name from a shipwreck that happened just a few metres from the coast of Kurrimine Beach in 1878. The boat, named the ‘Riser’ ran aground on an inland reef and was pounded to pieces by brutal storm waves. The ship’s crew knew that the vessel was doomed, so they leapt into the sea and made for shore. Those that made it built a camp for the night but were consequently hunted, murdered and then eaten by the indigenous Aborigines that lurked there. It wasn’t until a few weeks later that, following reports of the shipwreck, an investigating party found what remained of the ship’s survivors and thus named the area somewhat ‘appropriately’. The ‘Riser’ is now sketched prominently onto Murdering Point Winery’s labels.

Wines to die for

Taste wines such as the exquisite Panama Gold, fashioned from juicy mangoes and matured in old French oak, or the knowingly named Supherb, created by splicing a blend of jaboticaba, ginger and ginseng and you’ll give your tastebuds an experience they’ll likely not have encountered before. Buying a bottle or three won’t kill your bank account either, as Murdering Point Winery pride themselves on keeping prices fair.

Any port in a storm

There are other wares on offer such as the rare range of creams and ports. You’ll find distinct flavours such as banana cream and White Devil Pineapple Port, in keeping with winery’s values of innovation and uniqueness.

By renting a vehicle from East Coast Car Rentals, you can drive to Murdering Point Winery, partake in their speciality range and learn a little more about the fascinating history behind this thought provoking region.