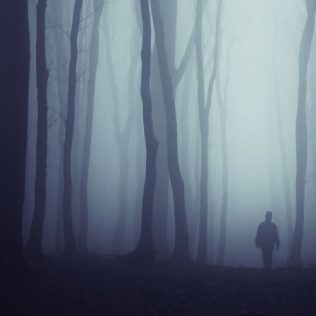 When it comes to spooky places, Australia doesn’t tend to jump straight to mind. Yet our nation is full of weird and bizarre areas, each of which have their own mysterious stories. Although Sydney isn’t nearly as old as more traditionally spooky cities like the ones you’ll find in England and the United States, anyone who has ever been there knows that this heavy tourist spot is full of exciting things to do, particularly in the summer.

These three urban legends show that the world is full of mystery, even in a charming, sunny city such as Sydney.

But Sydney also has a darker, more eerie side. These three urban legends show that the world is full of mystery, even in a charming, sunny city such as Sydney. Hire a car from East Coast Car Rentals, don your Ghostbusters’ hats and decide for yourselves whether they’re worth believing or not.

Rumour has it, however, that the Sydney Harbour bridge, with all its fireworks and celebrations, also has a more sinister side. According to the legend, three contractors met an accident and died as the bridge was being built. Their deaths were hushed up and their bodies were entombed in the pylons where they remain to this day.

Certainly, there’s not much evidence to suggest that this story is in anyway true. But with several people claiming the bridge is haunted, you certainly won’t catch us trying to walk along it at night!

The girl on the highway This story seems to be pulled straight out of a cheesy B-rated American horror film. The Wakehurst Parkway near Middle Creek Bridge (seriously, what is it with spooky bridges?), is reportedly haunted by the spirit of Kelly, a girl in a white dress, who will appear on the side of the road, watching as you drive past. Even more terrifying? Some versions of the tale even have her appearing inside your car. Legend has it that if drivers and passengers don’t inform the ghost that she is not wanted, she will make your car stop working. The Wakehurst Parkway haunting seems to be one of the more prominent modern Australian urban legends as a film crew recently made a documentary about it. The documentary explored the various ghost stories surrounding the road. Speaking to the Daily Telegraph Australia, Bianca Biasi, who produced and co-directed the film, found the experience so terrifying that she’s convinced the area is haunted.  This is part of what makes this highway the perfect place for the modern paranormal investigator – or even just a group of friends looking for a laugh!

The Hawkesbury River Monster  Move over, Nessie. Sydney’s got a hidden sea monster of its own (who knows, maybe they’re relatives!). The Hawkesbury River is said to provide a home for an ancient sea serpent creature, with a long neck, a thicker body, four flippers and a tail. Sightings of this monster have happened in the last decade, though there have been mentions of it as far back as the 1800s. This said, there is strong evidence that the legend predates even the settler period; the indigenous Dharuk tribe depicted a near identical monster in their art. If this is true, that monster is oooooold. But while there’s no guarantee you’ll get to see the monster for yourself, the Hawkesbury River makes a great spot for a picnic!