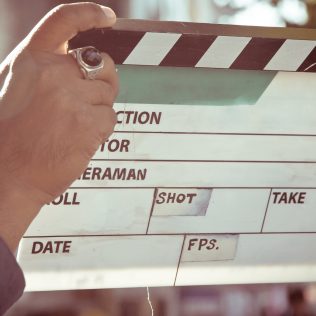 After a couple of viewings of our favourite movies, it’s hard not to put ourselves in the character’s shoes, literally. Some of the film locations selected by film crews are incredibly idyllic (when they’re not CGI creations, of course). As such, we’re left sitting behind a television screen wondering if we’ll ever get randomly scouted on the streets for the next big blockbuster and whisked away to these very destinations ourselves.

But we’re here with good news for you. The dream can be real. No, we’re not talking about being scouted by Scorsese, rather, you can visit these locations sans film actor status. Our favourite movie settings aren’t made up (again, we’re not talking CGI) – if film crews could get to them, so can you! Here’s our star map across Australia to some of our favourite film locations that you simply cannot miss.

This spooky psychological thriller starring Australia’s very own Nicole Kidman has some of the most beautiful locations in the whole country, we’ll even go so far as to say the whole world even. Cairns is the beautiful city that was made famous for its waterfront views of the one and only Great Barrier Reef. You probably won’t have as tough a time visiting the reefs as Kidman did, so don’t be afraid to park your car and jump on a cruise to check out the amazing coral.

How could we leave the Australian outback classic “Crocodile Dundee” off this road trip? This movie has a couple of filming locations, but if you want the real deal then you go straight to Kakadu National Park. This area was responsible for giving audiences a good taste of the real outback. If you’re in Australia, you have to explore the outback, aka “the bush”, don’t you?

Remember the story about Babe, the sweet little pig? Hard to forget the big adventures this small pig got into, but it was even harder to take your eyes off the stunning landscape that he got to run around in. The rolling green hills that make up the Southern Highlands are the perfect stop for a scenic road trip. There are plenty of attractions around the area including the Fitzroy Falls and the Nattai Gorge Lookout, so you won’t get bored here.

“Our Lips are Sealed” – Sydney

Okay, Sydney is one of the more obvious film locations, and Mary Kate and Ashley Olsen’s “Our Lips are Sealed” probably isn’t the best movie we could pick but hey, those girls really ran that city! Besides, Sydney is such an amazing time we didn’t think it would be fair to skip it. There’s so much to do there, everything from surfing to trying Vegemite, suggests the Olsen twins. Head to Sydney for some serious non-stop fun. Also, come on everyone, this was a good movie, don’t hate.

But if you need another film for the inspiration, “The Matrix” was also shot here, so there you go.

You’re probably thinking “no kidding!” “Australia” was filmed in Australia? This movie had a couple of locations around the country, but one of it’s biggest film spots was the north Queensland town of Bowen because crews could build right up to the water. Don’t worry though, the town isn’t nearly as old-timey as the movie depicts. In fact, it’s quite a bustling little area!

Now you’re almost ready to adventure. Need a ride fit for a celebrity? Pick up a rental car (vehicle type of your choosing) from us at East Coast Car Rental, check your star map and be on your way.