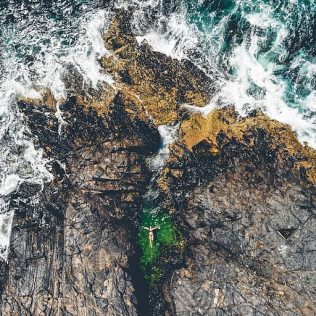 The best national parks along the east coast

It’s no secret that the east coast of Australia is a magnet for tourists. Beyond the city centres and the popular theme parks, the east coast is home to some of the country’s most exquisite national parks, each with incredible hikes and sights tucked within their treelines.

Between meandering winding bush tracks and diving into serene swimming holes, a day out at Royal National will leave any visitor in awe of the Earth’s natural beauty, including the creatures it nurtures. Those hiking along the coastal track might be lucky enough to see whales migrating along the Humpback Highway, while wallabies happily hop around Hacking River Valley.

Around 150 kilometres north of Brisbane is Noosa, one of the most spectacular areas of the east coast. Known for stunning coastlines marked with white sand and iridescent water, Noosa National Park also harbours lush eucalyptus forests home to native koalas. Back at the seaside, explorers who venture to Dolphin Point might see a sea turtle or two poking their shells through the waves.

Around 100 kilometres northwest of Cairns is Daintree National Park, a rainforest teeming with unique native flora and fauna, with the Great Barrier Reef on it’s doorstep. These natural wonders make the Daintree region a must-see for any traveller, as its the only place on the planet with two World Heritage sites.

Adventure is abundant at the Daintree National Park, where visitors can explore ancient tracks of the rainforest on foot or zip-line through the tree canopy Tarzan-style. If relaxation is more your speed, there are plenty of secret beaches where you’ll get to enjoy the sunshine in private.

What are you waiting for? To book your great Australian roadie, get in touch with the team at East Coast Car Rentals.