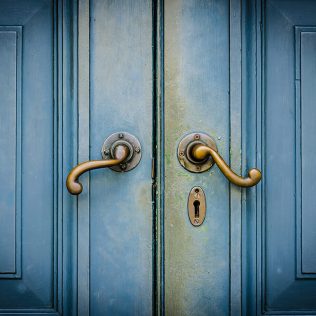 The best escape rooms on the east coast

August 8, 2017, Chester S Adelaide, Brisbane, Canberra, Melbourne, Road Trips, Sydney
Escape room games are the nerdy craze taking the world by storm. First finding popularity in Asia, these puzzling adventures have hit Australia in full force. Since the first Australian escape room was launched in 2013, at least another 45 venues have opened – 87 per cent of which are found on the east coast, according to Escape Room Hunters. So, what better a theme for your next road trip through the east coast’s major cities than a tour of Australia’s best escape rooms? Get your team of five or so players together, jump into your hire car, and get ready to embrace your freedom by getting voluntarily locked in a room! Brisbane – Escape Hunt Say you start out by picking up your rental mini-van (Mystery Machine, anyone?) from our central Brisbane location. Before you head down south, you’ll want to drive just over 10 minutes from our pick-up point to Escape Hunt. With over 200 rooms worldwide, Escape Hunt is the largest escape room franchise ever. The Brisbane branch offers three thrilling challenges of varying difficulty. In one, a hidden bomb is set to detonate in an hour. It’s up to Brisbane’s most shrewd detectives (hint: that’s you) to follow the clues left by a hesitant bomber, and defuse the explosive before time runs out. Talk about intense.

A post shared by Financial Investment Solutions (@financial_investment_solutions) on

Sydney – The Enigma Room In Sydney, you can take in the stately architecture of the opera house, shop until the bank is begging you to stop at the Queen Victoria Building … or be immersed in the consciousness of a coma-stricken Jane Doe, in order to stop a mysterious illness from taking her life. You know – the obvious options. The Enigma Room in Sydney brings original narratives and innovative technology to the table. Its two games break away from the mould of Sherlock Holmes scenarios, and instead draw inspiration from psychological films like Inception. The use of kinect motion sensor technology in creating exciting, immersive puzzles has earned the game makers attention from consumer technology sites like Gizmodo and CNET. The production there is truly game changing.

Seasoned escape artists and newbies will all find a way to contribute here.

Canberra – Riddle Room Two heads are better than one, and six are better still – unless those heads start fighting each other and split into teams, and then those two teams challenge each other to identical escape rooms. That could happen in Canberra. Riddle Room offers two identical “Nightmare Room”s to allow teams to square off against each other in a battle of problem solving. Having once been set up in the creators’ garage, this game’s popularity has earned it a new venue in Mitchell, Canberra. This great escape room presents challenges for all types of puzzle solvers, from the mathematically minded to the visual-spatial thinker. Seasoned escape artists and newbies will all find a way to contribute here. Melbourne – EscapeXperience Melbourne is home to the most escape games in Australia by far. According to Escape Room Hunters’ map, there are 14 escape rooms in central Melbourne alone, with themes ranging from rebooting the world’s most advanced artificial intelligence, to frantically trying to get free from Lewis Carol’s Wonderland. So many of the venues in Melbourne promise an extremely rewarding time – however we insist you look a little further out of the city for EscapeXperience. This suburban Melbourne escape room venue has been consistently lauded by Australian escape addicts for creating total sensory experiences. The game makers have mastered the art of designing puzzles that are integrated seamlessly with the narrative of the room. Each game is fully immersive, from the set design and music to the roleplay of the game masters. We can’t say too much about these incredible escape rooms without giving away the magic – you need to get yourself to Oakleigh, Melbourne, and experience these for yourself.

Adelaide – Adventure Rooms To bring your journey to a perfect end, roll into Adelaide’s Adventure Rooms and experience some classic Swiss ingenuity. Each game at Adventure Rooms is designed by a physics teacher in Bern, Switzerland who wanted new ways to challenge his students’ minds. There are now over 20 branches around the world, and each features the classic Mad Scientist scenario. There’s something nostalgic about taking on a challenge a teacher created just to test his students, which has now become swept up in a global trend. Once you’ve escaped the mad scientist’s lab, we’ll be waiting for you either at Adelaide Airport, or just 15 minutes from Adventure Rooms at our Richmond site. We also have locations at each of the cities listed above, so we’ll be cheering you on every step of the way. For more information about renting a car to escape your everyday life with, contact the team at East Coast Car Rentals today.