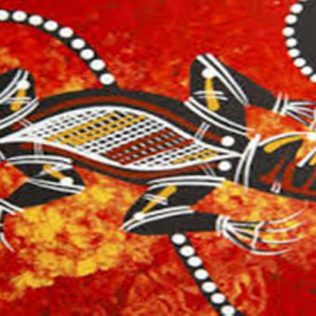 New South Wales is rich in Aboriginal history just waiting to be rediscovered, and is best seen by driving the open roads that criss-cross the landscape. By hiring a vehicle with East Coast Car Rentals, you can experience, first hand, the multitude of Aboriginal activities to be found in New South Wales.

Thought to be over 40,000 years old, thus making them one of the oldest man-made structures on the planet, the fish traps at Berrawina are a real insight into how the indigenous tribes survived in the harsh climes of early New South Wales. Snaking roughly half a kilometre along the riverbed,This intricate array of considered rock placement, weir pools and dams was constructed by the Aborigines of prehistory, in an effort to catch the fish that swam upstream and thus feed themselves.

Take a guided tour and witness local Aboriginal children use this primitive but effective method of catching fish. You’ll also hear a Dreamtime story (the place that exists beyond death, encompassing the past, present and future as one) as told by Aboriginal elders and discover the long, long history of the ancient fish traps.

The Barrier Ranges are a series of jagged, rocky hills, undulating countryside and wide-open expanses. The beauty of this area is that no two scenes are ever much the same, as the landscape and scenery switches from the red sand more commonly associated with the Northern Territory to lush ancient forests replete with gushing, freshwater rivers. On the One Day Mutawintji National Park Tour, you’ll be invited along on two bush walks to an Aboriginal engravings and stencils site, which holds a certain fascination knowing how long ago those etchings were carved. You’ll also venture upon fire places first fashioned many moons ago, alongside early stone tools forged by the industrious indigenous people.

Take a break from the heat of the open sky by paying a visit to the Tibooburra Local Aboriginal Land Council Keeping Place, a museum dedicated to showcasing artefacts and relics of the Aboriginal age. The establishment displays a range of intriguing pieces sourced from the three local tribes of Tibooburra – the Malyangapa, Wadigali and Wongkumara. Stone axes, wooden boomerangs and many other trinkets are found at the ‘Keeping Place’, so-named as it is where all discovered artefacts found in Tibooburra Corner County District are presented.

There are also carefully selected photographs detailing the history of the area, as well as a small shop selling souvenirs, local arts and crafts. Entry to the museum is a very reasonable gold coin donation, invested back into the Keeping Place to keep the establishment running.