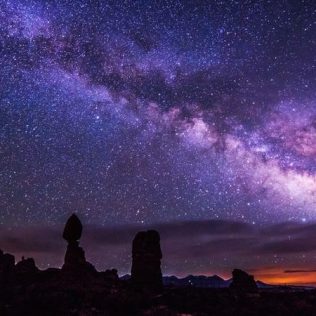 October 19, 2018, Chester S Fun, New Zealand, Tips, Unusual destinations to drive to
New Zealand’s well-known for it’s daytime beauty. With scenery ranging from beaches to mountains, it really hits the mark. But at night, the scenery impresses in a totally different way. Stargazers will delight in New Zealand. With little in the way of light pollution, the country is home to an International Dark Sky Reserve and an International Dark Sky Sanctuary. It also has some of the most easily reached sky observatories in the world. While you can stargaze on a clear night from almost anywhere, here are some spots really worth checking out if you’re keen to see more and learn plenty.

A post shared by Mackenzie Region, New Zealand (@nz_mackenzie) on

North Island: 1) Great Barrier Island – Just 100 kilometres off the coast of Auckland, Great Barrier was the first island in the world to be given the status of International Dark Sky Sanctuary. With around 1000 residents, little in the way of electricity provision and the Hauraki Gulf between the island and mainland, there’s minimal light pollution. As you’d expect, this allows for fantastic night sky views. 2) Castlepoint, Wairarapa – An option to beat the crowds while stargazing, the beach here offers great views of the cosmos. There’s also an NZ version of Stonehenge nearby which is known for its excellent stargazing. 3) Ruapehu and the Tongariro Night hike – The area around the central plateau is already designated a UNESCO World Heritage site for its natural and cultural significance. At night, the skies come alive. For a memorable experience, try the guided sunrise Tongariro Crossing for an opportunity to see the milky way as you climb the mountain.

4) Wellington Carter Observatory and Space Place – Space Place offers an opportunity to travel through galaxies and understand the history of our universe through their planetarium, galleries and videos. They hold public telescope viewings several nights a week – perfect for those who want to learn as well as view. While you’re in Wellington, a night tour of the Zealandia sanctuary provides a great chance to stargaze while meeting NZ’s nocturnal critters. 5) Around Auckland – Getting out of the city by an hour in any direction quite literally opens up the skies. Head north to the Shakespear Regional Park, which is open to pedestrians 24 hours a day, and climb to the lookout for a spectacular view of the stars. If you stay long enough, you’ll see the sunrise over Rangitoto and the city skyline. South of the city is Tawharanui where the impressive night skies can be viewed straight from the beach. Take a blanket and cosy up. If you can’t make it out of the city, Auckland Stardome is New Zealand’s first and largest observatory and planetarium and is open to visitors regularly.

South Island: 1) Stewart Island – Located 30 kilometres below the South Island, Stewart Island is 85 per cent national park, which makes it an outdoor enthusiast haven. With only one main settlement, it’s naturally a brilliant spot for stargazing. However, what really sets Stewart Island apart is that it’s an opportunity to spot the Aurora Australis – the slightly lesser known southern counterpart of the Northern Lights. The chances are good enough that the island is called Rakiura in te reo Maori – translated as ‘the land of the glowing skies’. 2) Aoraki Mackenzie International Dark Sky Reserve – Awarded International Dark Sky Reserve status in 2012, it’s the world’s largest at 4,300 square kilometres. Of the eight reserves in the world, it’s the only reserve in the southern hemisphere and was the first to be given ‘gold status’, meaning it is almost entirely free of light pollution. In fact, the centre actively takes steps to control light pollution so you have the best experience possible. Naturally this is one of the best places in NZ to stargaze, just by taking a night time stroll. You won’t be disappointed by the stunning vista above you.

A post shared by Mackenzie Region, New Zealand (@nz_mackenzie) on

3) Lake Tekapo and the Mount John Observatory – Located in the International Dark Sky Reserve, the Mount John Observatory is part of the University of Canterbury and has six telecopes. The largest telescope is capable of seeing 50 million stars. Considered one of the most accessible observatories in the world, Mount John offers day and night tours. If you’re really keen to see not only stars, but entire solar systems and galaxies, this is a must stop on your NZ tour. What are you waiting for? Grab your car hire straight out of Auckland Airport and get your stargazing show on the road.