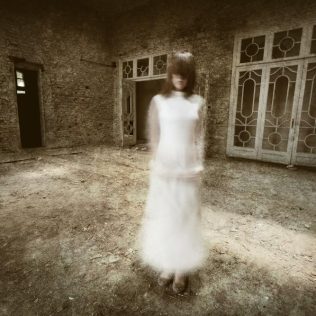 As October ambles on, shambling ever closer to Hallowe’en, the ghouls and ghosts of Australia continue to wake from their slumber. The East Coast Car Rentals Writing Wraith, fresh from his ghastly gallop across the ghostly gaol, awful arcade and macabre mansion of Adelaide, this week turns his severed head to the bright lights of sinister Sydney. Those lights can only burn for so long, however … and when they should die out, beware of what might come out to play. Swing open the rotten, creaking old door to Sydney, armed only with your torch and remember, as always, don’t come alone…

Ghosts and spirits can inhabit almost any building or structure – old houses, castles and disused jails seem to be the most popular choice of dwelling for the accommodation-seeking ectoplasm. However, nothing builds a bigger sense of foreboding and terror than an abandoned mental hospital in the dead still of night. Indeed, Gladesville Mental Hospital, formerly the Tarban Creek Lunatic Asylum, holds every frightening attribute possible in its withered, crumbling hands.

Long-since empty prison cells line the lonely corridors, where the forlorn cries of the pitiful, tortured patients can still be heard. A living, breathing security guard once quit his job on the spot, claiming a deformed man with blazing red eyes stared back at him from an old tool shed.Perhaps the most tragic story of all, in this most unhappy of places, is that the unmarked graves of over 1000 patients lie scattered in the gloomy grounds surrounding the hospital, nameless and alone.

Even in these days of modern medicine, quarantine centres are still in constant use, especially considering the current Ebola outbreak. Today, though, these places are ones of high sanitation, relative comfort and professional medical care. This cannot be said of the miserable Quarantine Station at Manly, where new arrivals to the country were held against their will in the battle against the spread of lethal diseases of the ages, such as smallpox and Spanish influenza. Appalling conditions, wretched hope and rife disease led a vast number of people, both patients and nurses, to their end at the Quarantine Station, and it appears that many of these unfortunate souls still inhabit the grounds.

You may experience ghostly behaviour if you stop for a tour of the Station, such as feeling cold spots or being tapped on the shoulder by hands unseen. More unusual occurrences include the repeated claim that a little girl will take your fleshy hand on a trip around the facility, even striking up conversation, only for you to find out later that no little girl was present on the tour. Two rooms stand alone on the terror scale here – the notorious shower room, where unspeakable acts took place in years gone by, and, naturally, the morgue, where the overwhelming sense of death hangs heavy and oppressive.

The railway tunnel at Picton hasn’t been used for almost 100 years – though the authorities may claim that this was due to the opening of a new line, those in the know will tell you that it was due to the colossal number of suicides that took place there. Though the tunnel is relatively short, it is set deep into hills, so you’re soon engulfed by darkness with no means of light until you emerge the other side … if you make it.Now sadly closed to the public, the tunnel plays host to many a ghost, most notably the spectre of Emily Bollard, who was struck and killed by a train in 1916 – one of the few accidental deaths in the tunnel’s grisly history.

Control your fears once more, and take a drive in one of East Coast’s rental cars to these haunted hotbeds of the supernatural. Sinister Sydney awaits your living presence…