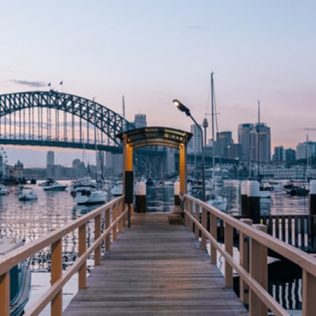 How to make the most of autumn in Sydney

As the humidity of a Sydney summer dissipates, Sydneysiders and visitors alike will discover a number of enticing outdoor events from comedy and food festivals to urban camping excursions. Not only is the air cool and crisp and the temperatures mild, but Sydney in autumn is also quieter and less expensive than the peak summer season.

Pack your car, some comfortable walking shoes and a light jacket, then head out to revel in Sydney’s autumnal offerings.

This annual 15-day art, wine and food extravaganza has been held every May for the past seven years, and there’s no sign of it slowing down. Pyrmont is a humming suburb on the edge of Sydney’s CBD, and it’s home to an innovative community of restaurants, cafes and start-ups.

A post shared by Pyrmont Festival | Sydney (@pyrmontfestival) on

The Pyrmont Festival is in collaboration with the Mudgee Region, which is a 3.5-hour drive from Sydney and is known for its wine industry with over 40 boutique wineries. An expansive line-up of Mudgee wineries will be in attendance with different wine-tasting packages on offer. The festival’s main event is a two-day free headliner at Pirrama Park held on Saturday 20 and Sunday 21 May. The weekend is designed for the whole family with rides, bands, local artists and around 100 stalls where visitors can sample gourmet food, wine and craft beer. The Sydney Comedy Festival Laugh your new autumn socks off at the annual Sydney Comedy Festival. The festival program includes comedy to satiate every appetite at different venues around the city. Get your kicks during an improvised sketch, satire or stand-up show and take your kids to one of the specially curated comedy shows for children. The festival opens on April 23 in grand style with lavish gala events held around the city. Spend a crisp autumn night producing warming belly laughs at some of Sydney’s most breathtaking venues including the Sydney Opera House, Enmore Theatre and The Concourse Chatswood. Vivid Sydney

As the fresh soft light of an autumn day fades into the dark of night, head to one of Sydney’s vivid light shows from 25 May – 16 June. During the festival, creative light installations will illuminate venues throughout the city.

Marvel at 1000 suspended cranes that light up as people move through the space at The Rocks on George Street, and view the lighting of the sails of the Sydney Opera House. This Sydney icon will be transformed into a series of kinetic digital sculptures inspired by the Australian environment.

Vivid Sydney will also put on a range of music, conferences and ideas-based events during which you can enjoy international and local acts and learn from speakers and thought leaders.

Park up for a picnic If you want to spend as much time outside as possible during this transitional season, hire a car and head to one of Sydney’s many parks for a picnic under the trees. Some of the best spots in autumn include the Royal Botanic Gardens, which are home to over 1 million specimens and almost as many perfect picnic spots with views of the harbour.

If a day at the park isn’t enough for you, give urban camping a try in Centennial Park on Friday, May 4. Pack the families tent and sleeping bags and some cosy pyjamas and discover what goes on in the park after dark.

Park staff will meet you and will help you to set up camp; then you’ll be able to enjoy a BBQ dinner before education rangers guide your family on a spotlight tour through the nocturnal park.

If you need a comfortable and stylish car to zip around Sydney in check out our car hire options.