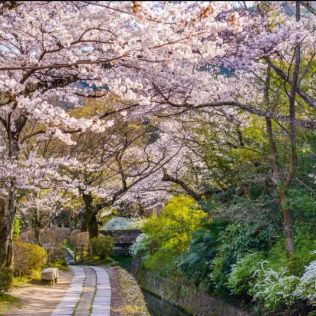 East Coast Car Rentals > Latest News > The joys of spring: Why it’s a great time of year for an Aussie road trip

The joys of spring: Why it’s a great time of year for an Aussie road trip

Spring time in Australia is a great time for comfortable temperatures, outdoor events, exhibitions and catching up with nature. It’s sunny, but not scorching across the country, so you can explore all over. Get your car hire booked from Adelaide Airport and work your way up the east coast.

What are the best spots to hit up along the way?

Spring sees festivals galore in the South Australian city. For culture vultures, try the Adelaide Film Festival which runs for two weeks every October, or the OzAsia Festival. If fashion is more your game, there are two such festivals in spring. As with any good selection of festivals, there’s also plenty revolving around food and music, with a Moon Lantern Parade chucked in too.

In between events, spring sees Adelaide turn a wonderful shade of purple, with the local jacaranda flowers coming into bloom and its petals carpeting the footpaths. Less than an hour outside of Adelaide, Willunga turns pink and white with the annual almond tree blossoms. There’s a locally designed blossom tour map to make sure you catch all the best spots.

For a bigger collection of plant life, Adelaide’s Botanic Gardens come highly recommended with over 16 hectares covered by walking trails. Racing in Melbourne The season begins at the end of September with six weeks of racing leading up to the Melbourne Cup. Cause for a state holiday, the Melbourne Cup is an opportunity to watch Melbourne residents dress up in their finest and spend a merry day at the races. There’s also a CBD parade, granting an opportunity to view the horses up close and at a much slower speed.

One of the highlights of the warmer weather arriving is getting out into the Australian bush, and Melbourne is a great base for a few days of hiking. With the Grampian and Dandenong mountain ranges nearby, it doesn’t take long before you’re taking in spectacular views. To the south there’s the rugged Mornington Peninsula with a variety of hiking tracks to pick from and coastal scenery to take in. Get on out of the city with our Melbourne car hire options. Capital displays in Canberra September sees the start of a month-long flower display in Canberra city centre. Floriade, the city’s main spring event, sees over a million flowers packed into 8,000 square metres. There are tons of performances, exhibitions and workshops alongside the displays. The capital city boasts quite the collection of art galleries and museums – considered the best in the country – to keep you entertained outside of the festival. There’s lots of dining options to keep you well-fuelled too.

Sunbathing in Sydney With such wonderful weather and a significant number of close-to-the-city beach options, spring in Sydney is a great time to get out and enjoy the sunshine. It isn’t so warm you scorch within minutes, but nor is it uncomfortable to lounge around and take part in the various water activities on offer. You’ll also be able to carve out a little more beach space for your gang, before the summer kicks in and the crowds really arrive. Outside of the city, around a two hour drive north, check out a few of the 120 wineries dotted about the Hunter Valley – with a nominated driver, of course. With the Spring Festival kicking off in September, between them you can enjoy a variety of music concerts and art installations while sipping wine and admiring the views. It’s also just about time to start taking advantage of all the al fresco dining options in the area.

Beat the rain in Queensland  Brisbane’s BIGSOUND festival kicks off the season in September and is closely followed by Brisbane Festival and its River Fire event. Toowoomba gets in on the action with the Carnival of Flowers which also showcases local and seasonal produce. Outside of the cities, it’s a great time to visit the ancient Daintree rainforest. Visitors and the rainforest’s residents equally appreciate the calm before the wet season storms. In the open ocean, the humpback whales continue their journey into the warmth of Queensland’s waters until November, with Hervey Bay one of the most popular whale watching spots.

Stingers don’t usually arrive until November, which makes the start of spring a good time for getting in the water yourself. Hit the Whitsundays for a swim amongst white-sand beaches before the clouds start rolling in for the summer. Get your spring time trip underway with our car hire available along the east coast.