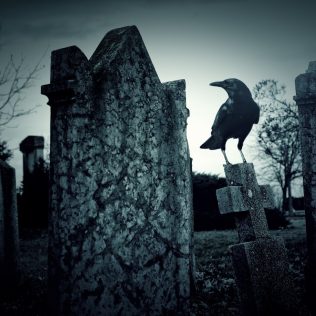 Fancy a road trip to haunted spots in Australia?

July 16, 2015, chris Adelaide, Sydney
There’s nothing quite like taking a road trip to Australia’s many spooky spots. They are famous for being eerie, and yet, they are important historic monuments that are part of the story of this weird and wonderful country. Today we will be delving into nail-biting and shiver-inducing haunted attractions. Watch your back … Adelaide Gaol Built back in 1841, this prison housed more than 300,000 inmates and was the site of 45 executions, until it closed as a jail after 147 years in 1988. Today, it is a museum that people can visit – if they dare, that is. Why do you need to be brave-hearted to step inside? Well, its sinister, creepy hallways are still haunted by the ghosts of these tortured souls. In fact, the Government of South Australia has even identified the names of some of the spirits that roam here. Frederick ‘Fred’ Carr was hung on site in 1927 for allegedly cutting the throat of his wife, but he pleaded his innocence right up until the second the noose closed around his neck. His sense of being wrongly charged is said to the reason he haunts the prison to this day. Another troubled soul believed to have a presence within these cells is Ben Ellis, who worked in the Adelaide Gaol as a hangman for over 10 years. People believe the regrets of his job caused him to stay tethered to our realm, as the guilt of his profession plagued him before his death. Hire a car in Adelaide and drive on over for some chills!

A photo posted by Kate Mitchell (@kate_mitty) on

Monte Cristo Homestead The official website claims this is “Australia’s most haunted house”. Built decades ago between 1884-85 by its original owner Christopher William Crawley, this mysterious, monstrous mansion has been the site of pain, misery and death. WebWombat includes it in its list of the seven most haunted places in the country, because of numerous deaths here: A boy burned alive in the stables, a little girl allegedly pushed down the stairs by a ghostly force, and a shooting. Today, guests are invited to stay overnight in the rooms much like a bed and breakfast, taking the plunge to experience the chill in the air, or strange noises, or odd wafts of air float past their neck. Located in Junee, New South Wales, you can drive out to this haunted attraction from Sydney. Who you gonna call? If reading these hasn’t sent goosebumps racing up your arm and you actually plan to road trip to these places, channel some bravery from none other than the iconic Ghostbusters: