(In the video above, from 5:28, the Saudi delegates were seen travelling in East Coast Car Rentals vehicles) 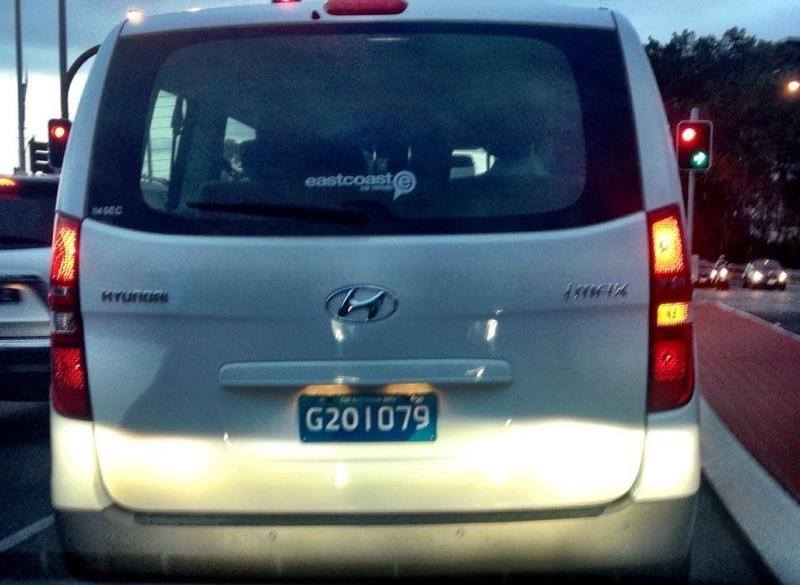 Over the weekend of 15 – 16 November, the eyes of the world turned to Brisbane as twenty of the most powerful people on the planet descended on the city for the 2014 G20 Leaders’ Summit. East Coast Car Rentals were at the very front of the event, escorting some of the world’s leading decision makers, delegates and media to various locations across the city. Though the residents of Brisbane were given a public holiday on Friday 14 November, East Coast Car Rentals were busy at work, preparing their fleet of vehicles in readiness for the arrival of G20 Leaders.

The East Coast Car Rentals vehicles chosen to transport such powerful public figures about the city included our 8-seater Hyundai Imax minivans, which were adorned with a special G20 number plate, granting them privileged access to restricted areas. You can see photographs of such a vehicle on our Facebook page too.

The principal meeting venue for the G20 was the Brisbane Convention and Exhibition Centre, with over 4,000 official delegates and 3,000 media representatives making their way to the city over the weekend. Naturally, security in the city increased drastically, as parts of the CBD and surrounding areas were placed under lockdown. Additionally, the 6,000 extra police officers drafted in from around the country made the security operation the largest peacetime one in Australia’s history, Queensland Police Deputy Commissioner Rose Barnett said.

In the few days that have passed since the G20 concluded, powerful figures have been unanimous in their praise of Brisbane’s hosting of the prestigious event, as well commending the people of the city for their hospitality and friendliness. U.S. President Barack Obama said, “All the arrangements were terrific and, as always, the people of Australia could not have been friendlier and better organized. So I very much appreciate everything that you have done … the people of Brizzy truly did shine throughout this process with their hospitality.”