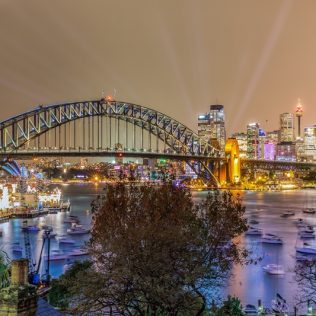 September 5, 2017, East Coast Car Rentals Sydney
There are a lot of things about Sydney even the most knowledgeable of trivia buffs won’t be aware of. Everyone knows it’s a great place to take a road trip, and that East Coast Car Rentals has your car hire in Sydney sorted. But there are other nuggets of information that are a little more obscure. Here are nine fun facts about Sydney – some of which are not, in fact, facts but are instead absolute drivel and should be taken with several grains of salt. See if you can guess which are which! 1. Building bridges When construction of the Sydney Harbour Bridge was finally complete, engineers needed a way to test its strength. They decided that loading 96 steam trains onto the bridge would be the best way to do it. It held up. 2. Medal metal The bronze medals for the 2000 Sydney Olympic Games were made from recycled Australian one and two cent coins that had been taken out of circulation in 1991. 3. Horsey handle Sydney was named after a horse called Sid who, upon galloping over the fresh ground the city now sits upon, neighed so profusely that locals began to refer to it as “the place where Sid neighs”. Over time, this evolved into the ‘Sydney’ we know today. 4. Big burger The world’s largest burger was made in Sydney. In 2010, the cafe Ambrosia On The Spot cooked up a monster feed – 150 slices of cheese, 120 eggs, one and a half kilos of beetroot, two and a half kilos of tomatoes, nearly two kilos of lettuce and a mammoth 81 kg patty. Even the foodiest of foodies would likely have balked at the AU $1,500 price tag.

The world’s largest burger was made in Sydney.

5. Massive market Sydney residents must love their seafood – the Sydney Fish Market is the largest in the the Southern Hemisphere. 6. Opening obstruction  The opening of the Sydney Harbour Bridge on the 19th March, 1932, saw the antique dealer and New Guard member Francis De Groot butcher the opening ribbon with his sword. Riding on horseback, De Groot inserted himself into the proceedings and, at the perfect moment, leapt forth and slashed the ribbon, announcing the bridge open “in the name of the decent and respectable people of New South Wales”. 7. Dainty ducks In 2012, a duck fashion show was held as part of the Sydney Royal Easter Show. The ducks were dressed to mirror the latest fashion trends by the maestro behind the show, Brian Harrington. As with any great show, there were food trucks present, with many making the slightly twisted decision to serve roast duck.

8. Inebriated inspiration  Midge Harris, Australia’s seventh favourite hairy-footed folk singer, had the idea for his magnum opus, ‘Knocking on Beven’s Door’, when he mistakenly tried to enter Sydney resident Beven Clementsons’ house after a hard night on the town. Midge subsequently spent a night in the cells and the next day recorded his top-ten radio hit. 9. Pranking Pat  In 1956, Pat Hills, mayor of Sydney during the mid-1950s, was the victim of a classic prank at the hand of a Mr Barry Larkin. As part of the ceremonial relay, the Olympic torch was set to make its way through Sydney. Mr Barry, intending to satirise the fanfare the relay attracted, constructed a fake torch from a chair leg and a plum pudding can with a pair of flaming undies wedged inside. Mr Barry managed to hand the fake torch to Pat who, no doubt, looked incredibly silly. There you have it! Nine fun facts about NSW’s incredible capital. If you fancy a visit, make sure to book your car hire in Sydney with East Coast Car Rentals!