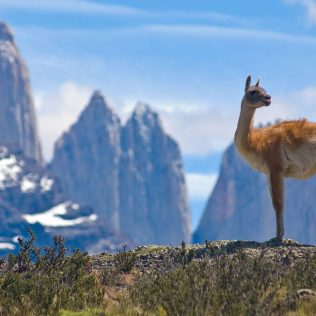 4 Unusual things to do in Yamba

Yamba was recently voted ‘the best town in Australia’ by Australian Traveller Magazine and it’s easy to see why. Shimmering beaches, a chic centre and a raft of beautiful natural features combine to make Yamba a prime holiday destination at any time of the year. By hiring a vehicle from East Coast Car Rentals, you can discover everything the town has to offer, including these four unusual delights.

Ostriches and emus are two of the biggest birds in the world, but it can be difficult to see these towering fowls in the wild. Luckily, Glen Ian Ostrich and Emu Farm has several fine examples of the birds running free in acres of space, pecking at the ground and playing with each other. You can even take a tour of the farm, learning about the incubation of chicks and how the adults breed. It’s not just ostriches and emus on display here though, as there are a range of farmyard animals that can be patted and stroked, such as alpacas, cows and horses.

Though visiting a working sugar cane farm is best undertaken during harvesting time, between May and December, the Reeves Family Farm can be visited during any month of the year. That’s because the life of a sugar cane farmer can vary wildly from day-to-day, and this family-owned farm welcomes visitors at 2 p.m. on Friday afternoons. You’ll take a tour of the entire operation, discovering by traditional methods of sugar cane farming as well as more modern means. The planned cane fires that have come to symbolise this industry are commonplace, giving both a flaming view and leaving a sweet smell in the air.

Yamba Lighthouse, or, the Clarence River Light to give it the correct name, is the beacon of town. The tower standing today was fashioned in 1955, but a lighthouse has stood on this spot since at least the 1860’s. Though the tower itself cannot be entered, you can enjoy the view of the harbour, cliffs and distant ocean from the immaculate grassland that surrounds the structure.

The Aboriginal Tourist Drive is really something that you can enjoy at your own pace and leisure. First dreamed up in 1992, following calls from local communities for a permanent fixture in to reflect the Aboriginal history and deeply embedded culture that shaped the Lower Clarence region. And so the Aboriginal Tourist Drive took shape. Take a self-guided tour through the heart of this region rich in Australian heritage in your hire car – there are a whole range of different paths to take, each leading to the various locations. It’s probably best that you pick up a brochure that details each of the various drives before you set out, which can be found in the Visitor Information Centres at Grafton and Maclean.