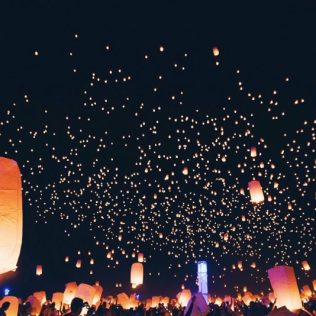 10 of Australia’s September festivals worth calling into

September is the month of festivals in Australia. With the warm weather finally returning to the more southerly regions, everyone’s ready to get outdoors and enjoy some of the finest entertainment the country has to offer. Grab a hire car at the airport and get motoring to check out these great events.

1. The Melbourne Fringe Festival sees in the region of 450 events take place, with over 3,000 contributing artists. During almost three weeks from mid-September to the beginning of October, the line up includes well-known artists and those breaking into the limelight. Many of the events are free to attend, taking place in the city’s public spaces, as well as theatres, galleries and libraries.

2. The Brisbane Festival is an annual arts spectacular covering mediums from music and dance, to comedy and circus. Fairly new on the arts scene, the three-week festival started in 2009, but already attracts around one million people annually. Organisers really want the festival to be uplifting and energising, while opening their city to the rest of the world. The festival comes to a close with Sunsuper River which includes all-day music, an ADF flypast and a firework display. To get there, check out our Brisbane car hire options.

3. Mildura Country Music Festival, in Victoria, is one of the biggest country music events in Australia. Not limited to one spot, the festival takes place across a variety of venues. Alongside award-winning artists, a number of the performers are independent. The crowds are diverse with country music fans alongside those who simply enjoy the atmosphere. Additional activities include line dancing and daily walks.

4. For a few days each September, Floriade revolves around the huge flower display in Canberra. The one million flowers make the festival the largest of its kind in the southern hemisphere, attracting approximately 500,000 visitors to Commonwealth Park. Not to be outdone by the other festivals when it comes to entertainment, there are musical performances, including wandering minstrels, alongside light shows, DJs and comedy. There are also workshops in horticulture.

5. Oyster Fest takes over the town of Ceduna, South Australia, for a weekend of seafood and music. In the region of 6,000 visitors get involved, with a parade to open the weekend, cooking demonstrations, sailing experiences and arts workshops keep everyone entertained. There’s breakfast for early birds, plenty of events to keep kids amused, and fireworks to round it all off. With Adelaide car hire available online, you’ll be tasting gourmet seafood in no time.

6. OzAsia Festival hosts performers from across the Asia-Pacific region, showcasing dance, film and music. Taking place in Adelaide over 18 days, as well as performances, there are workshops, talks and plenty for the whole family to engage with. Approximately 190,000 people visit across the duration of the event. A favourite is the moon lantern parade featuring 1,000 bearers walking together.

7. Melbourne Writers Festival provides an opportunity for conversation and storytelling, offering panel discussions, debate, performance, art and music. The two week event gathers together international writers and readers, seeing more than 70,000 people attending. Much of the programme is free to access and is aimed at people of all ages.

8. Toowoomba Carnival of Flowers is a long running show, having started in 1949, and is now iconic in Queensland. Not only interested in flowers, the carnival focuses on local food and wine produce as well, with a gala dinner under the night sky. There’s a five kilometre grand central floral parade, a night garden, and entertainment in the way of music and classic cars over the 10 day event.

A post shared by Toowoomba Carnival of Flowers (@toowoombacarnivalflowers) on

9. Caloundra Festival celebrates sun, surf and soul over the course of three days in the Sunshine Coast. Primarily a music festival, the aim is to celebrate and showcase the Sunshine Coast while remaining sustainable. There are multiple stages, a forest area, plenty of food options and outdoor screens to keep up on the sport.

A post shared by Caloundra Music Festival (@caloundramusicfestival) on

10. Describing itself as an experimental gathering, Burning Seed in New South Wales requires participation. Attendees are not presented with a programme, but must collaborate to create one. Resources are pooled for everything from the funding to creating the city. As well as performing, volunteers can provide cushions and rugs or be the festival maintenance crew. The event culminates in the burning of the effigy and temple, before the area is returned to the forest once again.

With so many to choose from, where will you start? Wherever you’re going, we can have your car hire ready and waiting. Book online today.